Family of miracle baby raise over £1000 for pioneering research 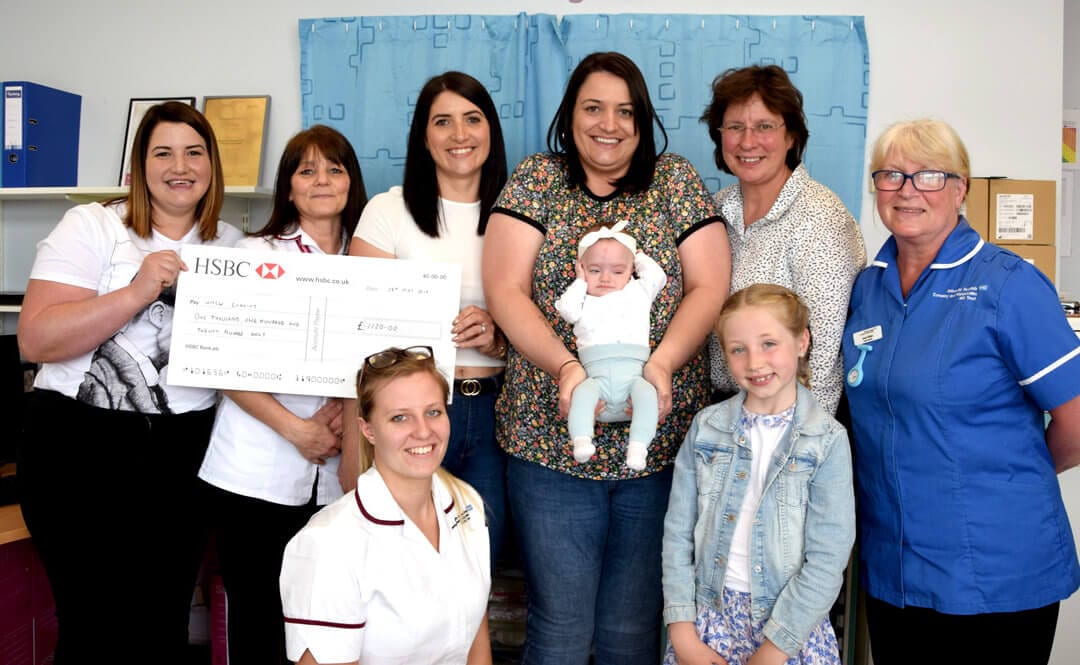 A woman, who suffered 11 miscarriages, is finally able to experience life as a mum.

Laura Worsley and her husband Dave had been trying for a family since 2008 but two medical conditions kept causing Laura to miscarry.

Heartbreakingly in addition to her 11 miscarriages, two pregnancies ended at 17 weeks and 20 weeks and she lost her baby boys; Leo and Graceson.

But like the amazing teams who looked after her, Laura and her husband Dave never gave up. Under the expert care of Professor Siobhan Quenby and the amazing Biomedical Research Unit at UHCW, she took part in world-leading miscarriage research and in March 2018, she discovered she was pregnant again.

Laura and Dave never dared believe that this time it was for real and when Laura’s waters started to reduce at 14 weeks pregnant, they thought that history was repeating itself. Thankfully it wasn’t and Laura was put was under the care of Mrs Mukherjee, an expert in high risk pregnancies along with Professor Quenby.

At just 30 weeks into the pregnancy, Laura’s waters broke and baby Ivy made an unexpected entrance into the world. She weighed just 670g (1.7lbs) around the same size of a Christmas pudding on 12th September 2018.

Born nearly 2 and a half months premature, Ivy spent 11 weeks being cared for by the amazing neonatal team at UHCW.

Nearly nine months later, baby Ivy is full of life and energy and keeping mum on her toes!

Laura said: “I cannot thank the research and the maternity teams at University Hospital enough, they have helped me to have the baby I always dreamt of. It feels like all of my Christmases have come at once.”

Laura and her sisters have been busy fundraising to be able to ‘give something back’ for the support and nurturing received on the BRU and neonatal units at UHCW.

Money was raised at Ivy’s baby shower where she was the guest of honour. Traditionally a baby shower is held for a budding mother before the baby is born, but given Laura’s history it was decided that one should be held after she had given birth and her daughter had been given a clean bill of health.

Today (28th May) they presented a cheque to UHCW Charity for £1,120 which will go towards continuing the pioneering biomedical research that helped Laura conceive and deliver her miracle baby Ivy.
Laura said “it’s so important to be able to make a difference for anyone else going through what I went through. Through my story I want to give others the hope and strength to carry on even when things seem impossible.”
Laura is continuing to fundraise for the Biomedical Research Unit at University Hospital Coventry & Warwickshire to help fund vital research to help those that have experienced baby loss.